Wheat'll we do about gluten?

I was buying breakfast cereal for my gluten-intolerant one not long ago and instead of selecting the gluten-free, wheat-free, nut-free, low-salt, slightly blended with psyllium and a hint of golden syrup, no artifiical anything, and definitely no preservatives Corn Flakes, something rather intriguing caught my eye. Ancient Grain flakes. This is sure to be relevant, I say to myself, thinking of my yet-to-be-written gluten intolerance blog. Ancient Grain flakes are made with buckwheat and sorghum. Again, the flakes are 'free', but on the back of the box is a whole host of graphics and information that, well frankly, a history nut and gluten-free detective such as myself, is apt to drool over. Buckwheat, that favourite of pancakes, is a highly nutritious gluten free ancient grain (actually, a seed) originally found in the Himalayan region (think Kashmir). Sorghum was discovered in Africa thousands of years ago. These ancient grains are labelled superfoods and they have been eaten by people the world over for thousands of years, such as the Aztecs, imparting strength and endurance. There was one box left - the one I was reading. Mm... I quickly put it in my shopping cart. Maybe it's just me, but the thought of being connected to the ancient Aztecs and Africans et al, through food was dizzy-ing. That and the fact that so much good information came from the back of a cereal box.

These grains don't taste like wheat and they don't taste like corn/maize, in fact they impart that sense of you should be familiar when I taste you, but you're not. But wheat, which gluten intolerant people and coeliacs cannot eat, was once different to what it is today; the gluten content was much lower than in our modern hybridised strains. Wheat itself is an ancient grain, consumed for over 12,000 years kind of ancient, orginating in Asia, hightly significant in Greek, Roman and Sumerian cultures, just to name a few. It was considered nutritious, prized, sacred. The wheat that our ancestors ate was better tolerated and they mixed it with other grains, beans and nuts.

So what happened to make wheat - well, gluten - a dirty...er, unpalatable word?

As industry took over the production of this precious and nutritious grain, hardy strains of wheat were majorly hybridised and grown en masse; they had a much higher gluten content. And instead of using millstones to ground the flour, leaving in all the nutritious heart and soul of the wheat in the bran and germ, roller mills came into being, and together with the new wheat produced a highly refined flour that everyone liked to eat but that was not part of the traditional diet of human beings. Is it any wonder we have problems?

My research tells me that this new roller milled flour came onto the market in a big way in the 1880's. Back then, science didn't understand the importance of vitamins, minerals, fibre and all those things that we now know we should be leaving in our food, not removing by processing. The new rolled flour made great white, fluffy bread, but it wasn't and isn't good for us.

So back in the days of The 1880's West of Luke, Jennifer, Kelley and Cliff, we would have seen a mixture of traditional and more refined flour on the shelves in the general store. White, whole wheat, corn and rye. Less milled or superfine according to your needs. Amy Keaton would have used Superfine for cakes and pastries, definitely. And she would have sifted her various flours to remove any impurities. Notice how today modern chefs recommend sifting your flour to aerate it and make your batter lighter (we have to do something with all those sifters on the market). And there would have been buckwheat, sorghum, rice flour and barley flour, brown rice flour, flax, millet, tapioca, arrowroot, corn meal, corn flour. Just to name a few. Think of all the seeds as well - we love to munch on those.

While gluten intolerance existed - and I will continue this in my next blog - the wheat we consumed in times gone by was better for us, and we consumed less of it and in conjunction with other nutritious foods. All round, this arrangement was better for our gut and our overall health.

And so, next time you pick up that gigantic box of super-refined wheaties or corn-flakes, think again... would you be better off with something more exotic in your brekkie bowl every morning? And something else... you don't need to eat as much of the exotic stuff; they fill you up and have lower GI. Of course, back in the day, GI were just two capital letters sitting next to one another.

We've come the full circle - again - and human beings are masters at that.

In my next blog, I will be a little more scientific, and a little bit statistical, because that's fun, too - when was gluten intolerance first identified and how did they treat it?  You just might be surprised. And I may even get around to making that pioneer bread pudding - now what kind of bread will I use... 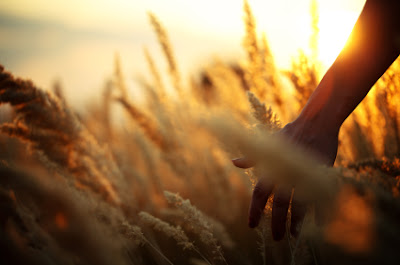